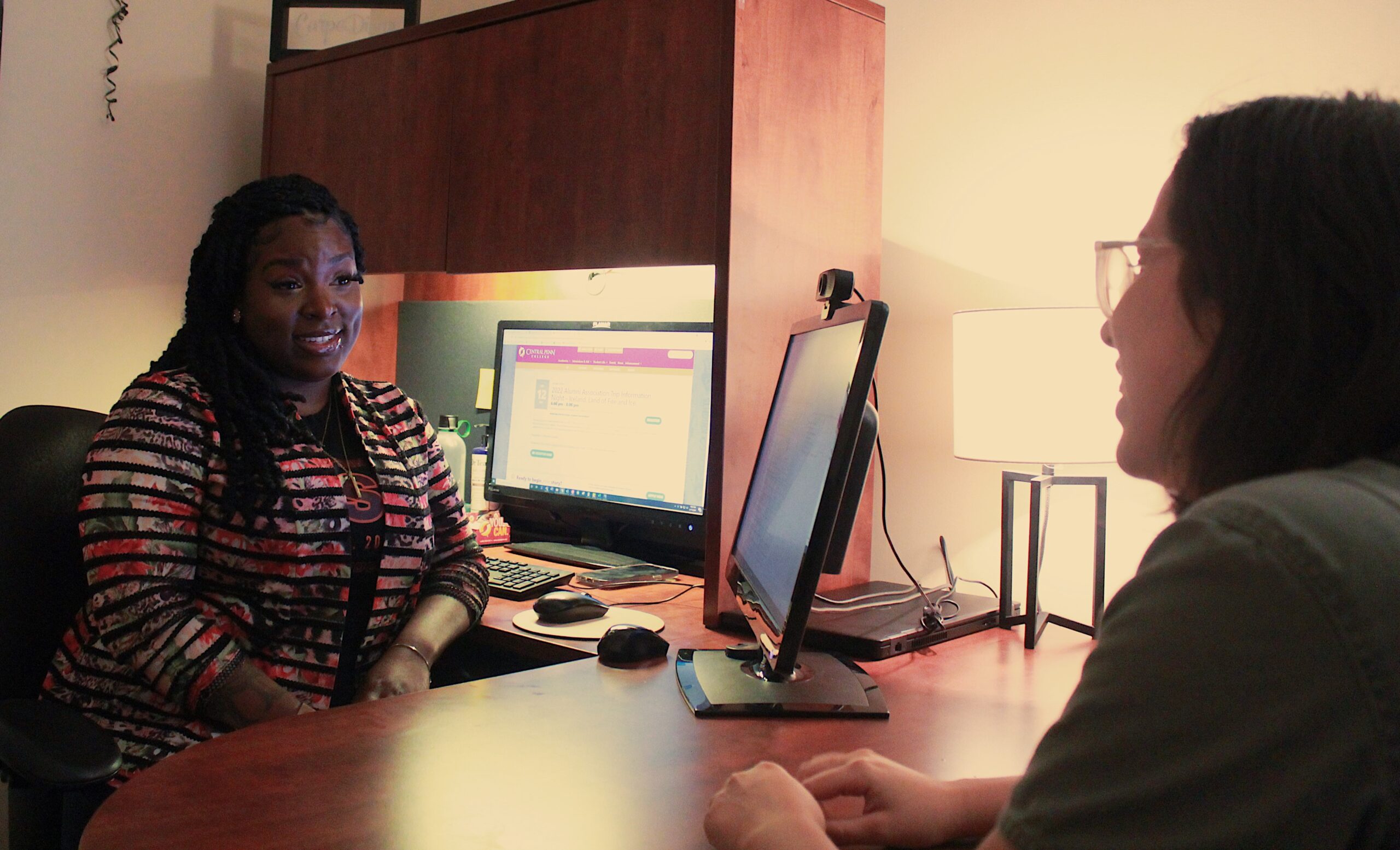 Editor’s note: This story, by Knightly News reporter Jenelle Dulack, is one in our series Layers of Community. The series began with an overview article by Knightly News reporter Ashley Reichard. The name of the series was Layers of Diversity. Since then, the Central Penn College committees, and The Knightly News, that created and are developing the project have changed the name to Layers of Community, to better convey the intention behind the series: to unfold for our audience the layers of people and the environment – and, in those, the diversity and inclusiveness – of the Central Penn community. We hope you find the series informative. Please share your thoughts on our blog page and on social media. You can also email the editors. The address is at the end of the article.

For a large portion of incoming students at Central Penn College, Asia Sargent is the first face they’ll see or voice they’ll hear greeting them into Central Penn knighthood.

As an admissions counselor, her job is to help students through the admission process and guide them toward the resources they may need during their time as students at Central Penn, but Sargent has another unwritten job: being a role model to students of color.

Because Sargent is one of the few Black women employed by the college, many students are drawn to her to discuss issues on the topic of diversity, and she works to facilitate those conversations.

“At (Black Student Union) we break down what diversity is and what it really means because we don’t have to agree. … Diversity is messy,” Sargent said.

Creating a sense of belonging

Being the adviser of BSU means creating an open environment for anyone, regardless of race, to speak on identity, inclusion, discrimination and related concerns. Sargent has done so, and more, by giving students a space to decompress and vent with occasional check-ins, as well as by working with the members of BSU to host fun events for any student who would like to join. Belonging is ultimately what she strives for.

Students, during every stage of their education, not just the admission process, flock to Sargent because she’s known for her honest opinions and open arms. A few people even have her on speed dial. Because the college’s faculty and staff are not especially diverse, which is not representative of the student body, many students come to her seeking comfort, knowing that she may have the best idea of what their lives are like.

“I’m the go-to person because they recognize themselves in me, even if it’s just about being Black,” Sargent said. “I want to be the voice I didn’t have,”

Being a two-time graduate at Central Penn means that she is aware of how students interact with one another, and with faculty and staff, and having been an on-campus student adds understanding. While living on campus, Sargent became aware of a clear divide. When she first became an undergraduate student in 2012, about 400 students lived on campus, most of whom were younger people of color. The commuter students were of another demographic, generally older and White. These groups barely mingled.

Sargent noted that representation among staff and faculty was better when she was a student than it is now, but even then, there were issues of students feeling policed, not feeling safe and not seeing many employees who looked like them.

These things give her a bird’s-eye view and a view from ground level about how decisions made at the college can negatively affect the students.  When something is questionable, she personally surveys students’ opinions, wondering how they feel about executive decisions being made on their behalf, and whether or not students had the opportunity to provide input.

By being a member of the President’s Commission on Diversity and Inclusion, Sargent can vocalize concerns she’s heard from students, and make faculty, staff and the president of the college aware of them. Sargent continues to be an advocate for the voiceless and is not afraid to question why certain decisions are made.

“My background is what drives my passions,” Sargent said.

She considers her time growing up in Philadelphia as relatively difficult. The competition between sectors of the city was cut-throat, and the environment was dangerous. However, from cracks in the cement and asphalt bloom flowers, and Sargent accredits her resilience, divergent thinking and ability to bounce back all to her hometown. She credits her family for keeping her grounded and on the straight and narrow.

She grew up in Philadelphia with six sisters and three brothers, all of whom she is very close to. When asked what’s the first thing she does when she gets home after a day’s work, one of her first responses was, “Check in with my sisters. I’m the only one who lives in Harrisburg, so my family is my life.” Through phone calls, text messages, FaceTime, Zoom calls and driving home to visit, Sargent attempts to stay connected with everyone and bond whenever possible. Cooking, conversing and playing some retro games are her favorite ways to reconnect with her siblings, and her nieces and nephews.

Her father was a deacon, and so her family grew up surrounded by Christianity.

“Church was not an option; it was mandatory growing up,” Sargent said.

Her family, especially her stepmother, was very into celebrating every holiday, and decorated the house from floor to ceiling, leaving decorations up until the next holiday. Christmas was always the biggest event of the year for her family. Retrieving the chocolate from her Advent calendar and the prayer to follow were the highlight of every December day.

Once she turned 18, she left her family’s church and joined her own, creating a unique relationship with religion, determining within herself what it meant to be Christian and an adult. Later, Sargent moved to Harrisburg, branching out from her roots.

What motivates Sargent to be an advocate for students, especially those of color?

Her response to that question is quick and clear.

“I am Black every day. I was born Black. I know the struggles.”

Dulack is also a member of the Black Student Union.

Dulack is co-president of The Knightly News. 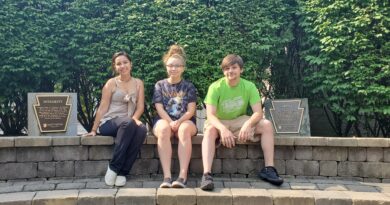 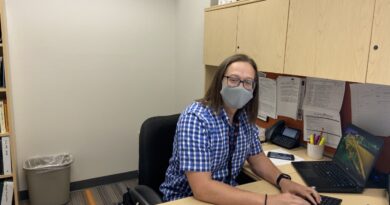