This will be a prominent result: “The practice or quality of including or involving people from a range of different social and ethnic backgrounds and of different genders, sexual orientations” and more.

“I feel less afraid here than I did at my high school,” a student who asked to remain anonymous said. “I think there is more they can do for us but I’m happy with how I’m treated now.”

And that’s the goal of a commission President Linda Fedrizzi-Williams formed last year, and members of the school’s long-standing diversity committee: to show where Central Penn’s diversity lies, in all its layers.

“Diversity is variety,” Director of First Year Experience Janet Bixler said. “Diversity is differences that are acknowledged and appreciated. Diversity is nuances and subtleties. Diversity is the uniqueness that makes each one of us special.”

A diverse and inclusive effort

Bixler is one of the leaders of The Layers of Diversity Project – a collaboration of the President’s Commission on Diversity and Inclusion, the Central Penn Institutional Diversity and Equity Committee, and The Knightly News Media Club.

The project is designed to show the levels of diversity on campus and at the Lancaster Center and, in doing so, help people deepen diverse connections and widen inclusion at Central Penn and the surrounding community.

Through 2021, Knightly News reporters will produce stories to highlight campus staff and faculty, revealing their layers of diversity.

The project began in January when Bixler and Dean of Equity and Multicultural Affairs Megan Peterson presented a diversity-training workshop during the COM220 Journalism I class of Professor Michael Lear-Olimpi, Knightly News blog editor and club co-adviser.

Bixler and Peterson spent about an hour in the online class discussing diversity and engaging students in exercises through which they could explore diversity in general, and their own diversity.

The training is available from Bixler. Contact her at janetbixler@centralpenn.edu.

Even so, members of the president’s commission, and diversity and inclusion committee, see the opportunity to shed light on campus diversity and to promote inclusion. With graduations and new admissions, the campus population changes, and continuous awareness of diversity is important.

“This is something that I think we should always strive to do better with – we can’t just stop at ‘good enough,’” Dean of Student Engagement Adrienne Thoman said. “It’s important to continue to educate ourselves, to grow and to find ways to improve the college for all of its students.”

She added that “Inclusion means having a spot for everyone at the table. Whether it’s a social event, a class assignment, or decision that needs to be made … everyone is able to participate and be involved in the conversation.” 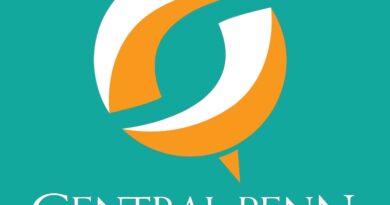 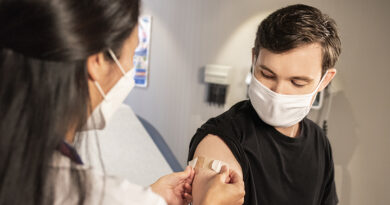