‘The Hand That Holds The Quill’ will come to life on campus soon!

We’re getting close to a big, and sure-to-be-entertaining and informative, campus event this month.

Here it is: Opening night for an original play, “The Hand That Holds the Quill,” is on Sept. 15, at 7:30 p.m., in the Capital BlueCross Theatre.

And get this: Opening night is for Central Penn students – and is free.

Tickets can be purchased at www.centralpenn.edu/theatre.

The Sunday Matinee teas, treats and delicacies are provided by the owners and operators of Manchester Teas and Tarts, of Elizabethtown – Melissa Donley and Michelle Harris.

The play is inspired by the biography of Jacob Shallus.

Shallus penned the U.S. Constitution and is also a long-lost relative of playwright Cindy Rock Dlugolecki.

Dlugolecki began her research during the summer of 2018 after finding she was related to Shallus.

She began writing the play when the contract for the dramatic rights to “The Man Behind The Quill” was signed in March 2019.

Those behind the play

“As a woman, it is an honor to work with a team of women who are all dedicated to bringing new work—one that is based in history but lives in today—to life,” Bixler, Central Penn’s director of first-year experience.

Following each performance, the audience can engage with a constitutional scholar, the actors and the production crew.

There are 23 equally dedicated actors in the play. The four-character groups that will be represented are The Shallus Family, The Delegates, The Liberty Belles and The Joneses.

“This is a thoughtful and entertaining production that takes an honest look at our history and celebrates America for what it is and what it can be,” Aaron Booth, who plays Jacob Shallus, said. “It’s truly an honor to originate the character of Shallus, the person who hand-printed the original copy of our Constitution.”

Bixler said that each actor put a considerable amount of work into researching their roles so that they could perfectly match the character they’ve been assigned to portray.

Original music composed by Purcell allows the characters to sing to life their thoughts and feelings, which can create deeper emotional connections for the audience.

“The opportunity to bring to life on stage a little-known historical character is very exciting,” said Diane L. Hetes, who plays Mary Jones. “In the context of the play, spoken words and lyrics assigned to Mary Jones, who is the wife of Absalom Jones are meaningful. Each piece expresses the human to be heard and valued.”

The cast, crew and creative team continue to put in hard work to ensure that the play performance is superb.

For more information about “The Hand That Holds The Quill,” contact Bixler at janetbixler@centralpenn.edu. 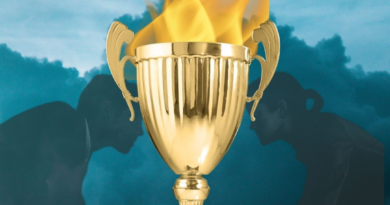 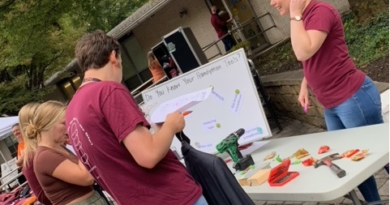