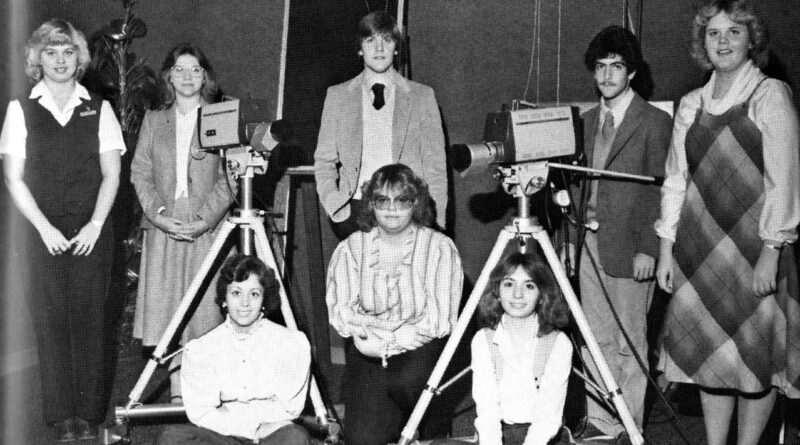 As the rich history of the Boyer House accumulated into a final story during the summer term this year, another golden nugget, previously unknown to the majority of the school, surfaced.

Did you know Central Penn used to have a radio station?

Neither did I, nor did any other member of The Knightly News Media Club, or any student or staff we reached out to. It was as if this radio station had fallen clear off the map nearly 30 years ago and was never heard of again. I jumped at the opportunity to uncover such a lost treasure.

Here is what we found.

From FM to AM

Though a powerful resource, the Internet often has little to say about local histories or small operations of the past. That’s why we turned to Central Penn College alums to find our answers.

And find them we did.

According to several alums who were communications (known then as mass media) students at the time of the radio station’s operation, it started as an FM station call-signed WCPR.

Operated by the Media Plus Club, the station lived from about 1980 to 1984. Even with help from available alums, not much else is known about this elusive part of Central Penn’s history.

Some research indicated that the WCPR FM license was sold to Temple University and the signal from Central Penn College went dark for several years. That is, until a few years later, in the late ’80s, when new students expressed interest in reviving Central Penn’s radio presence. Shortly after, Central Penn was back on the air, broadcasting to the Summerdale area with a new call sign: WARP 640 AM. As an AM station, the connection between the old and new radio stations was hard to find, as the licensing of both was nearly a decade apart. This resurrected WARP 640 station, however, was also short-lived, lasting from 1988 to 1993.

Memories of the major

As research continued on this increasingly extensive history, The Knightly News had the honor of meeting with two alums who were part of the mass media program at the time: Craig Fahnestock and Dean Reigle.

Upon returning to campus, both had stories to tell.

“There was a very small amount, about 12 students, in the whole mass media program when I was here,” Fahnestock stated.

“We (mass media students) were basically made fun of because we didn’t have any books like other majors did,” Reigle said. “We were carrying around movie cameras and tape recorders!”

Just as The Knightly News Media Club of today has Professor Paul Miller and Professor Michael Lear-Olimpi as mentors, Fahnestock and Reigle made clear that the Media Plus Club had mentors, too.

Signals from the past

According to the alums, the room was extremely small, allowing for only about two people to sit with the equipment: two turntables, a CD-player rack, a cassette player, a reel-to-reel projector and a phone with a red notification light that allowed for on-the-air phone calls from the public.

“I did arrange for some other students I was friends with to call into the show to make it appear that somebody was listening,” Fahnestock admitted. “I also played a lot of music.”

Similar to today’s communications and corporate communications program, all mass media students worked with a mix of mediums to heighten their skills across the board before graduation.

Central Penn alums Ann Marie Knorr-Fischer reminisced on this aspect of her education.

“Since back then the degree was mass media, all students had to take a variety of classes,” Knorr-Fischer stated. “So, we all dabbled in radio, TV, PR (public relations) and graphic art, until our second year, when we chose a focus.”

On a tour of the Central Penn campus, Fahnestock and Reigle pointed out where everything had been in The Underground: the stairwell they descended as students to get to the radio room, the existence of the same space from which their airwaves had emanated, the fact that they and their mass media friends had hung out in The Underground hallway – and another unexpected bombshell. Pointing at the yoga section of the gym, both echoed a memory of something else unknown to the current media club: a video broadcast room.

According to the alums, the space was once filled with professional broadcast and communication equipment, including two to three television cameras, black curtains, lighting sources and a large desk where students acting as anchors could sit, fulfilling their requirements for various video class projects.

This room and its equipment were used to create “mock TV show broadcasts” that would allow the mass media students to become accustomed to a life behind the camera. Other projects, such as 30-second commercials and other personalized projects (music videos and campus-event videos) were created to instill media-based skills in those students.

Impact of the Media Plus Club

Both the radio station and broadcast room were used for numerous general and special events that benefited what was once known as the Central Pennsylvania Business School.

Fahnestock and Reigle each had memories of how the club and mass media program operated on a regular basis.

“We, the school in general, did a fundraising event called Hands Across America,” Fahnestock stated. “We all got together, put paint on our hands and then made a big mural of handprints. I don’t remember what exactly the fundraiser was for, but I remember recording some of that project. I also remember we got some local PR out of it, like a local TV station.”

Upon further investigation into a 1992 “Video Yearlook” VHS tape created and provided by Fahnestock for this article’s research, this fundraiser footage was found, depicting the event and handprint mural exactly as Fahnestock had described. It was quite a historical gem to behold.

Knorr-Fischer also shared her memories of the club’s impact.

“We did a big Halloween dance both years I was there that the radio station sponsored,” Knorr-Fischer stated. “I also did a new wave/pop show in the evening (I was really big into Duran Duran; that was my style of music back then).”

Most of the alums also stated that they were heavily involved with interviewing and recording audio segments outside of class, especially on campus, for class projects.

Central Penn’s 1983 yearbook (during the time of the WCPR station) also is testimony that the Media Plus Club served the college by “selling surprise birthday parties to parents of freshmen” by “baking a cake, decorating it and then taking pictures of the student to send to their parents.” The yearbook also mentions that they provided advertising services to other clubs.

The club also produced flyers and newsletters that were then printed in an off-campus facility as part of a printing class. As part of the mass media program, these were the equivalent of the current Knightly News publication that presents in a printed edition articles published on the club’s blog.

As this historical mystery of Central Penn’s past was uncovered, it was interesting to hear the impact the mass media program and radio station had on these Central Penn College graduates.

After many a story was shared, The Knightly News asked the group of former students how they had been affected by the school and their time in the mass media program, particularly while working at the radio station.

“A skill I picked up here (Central Penn) was reading out loud,” Reigle said. “You have to read out loud to understand if you can say the words and pronounce them. I still do that!”

“Being a station manager taught me how to be a leader and how to spot talent, which I have used over the course of my career,” she said. “It also taught me how to look at all aspects of the media and how they all work together.”

Another Central Penn alum and radio-station manager who assisted with research by providing knowledge of photos found in this article, Susan Teeple, shared the radio station/mass media program’s impact on her.

“My experience with Central Penn’s mass media program and the radio station taught me how to quickly compose and present factual and appealing concepts across multiple platforms,” Teeple stated. “To this day (40 years later), I continue to draw from the copywriting skills I crafted while at school.”

Fahnestock added his input on the effect the program had on him.

“I think for the most part, the mass media program really helped me learn how to problem-solve – adapt and find solutions – got me out of my comfort zone, made me do things that I never thought I could do or would do or wanted to do and just set me on the path of who I am and who I became as a person,” he said. “As I think back throughout my professional life, I always come back to where it all began for me: Central Penn.”

Fahnestock is working at the Pennsylvania Municipal Authorities Association and hopes to open a brewery in the Harrisburg area.

Reigle is creating videos in which he reads to his audience through his YouTube channel “Reading Little Blue Books” and does so under the name “Dean Shunkwiler” on TikTok and Instagram.

With the mystery drawing to a close, it is amazing to see just how far we’ve come.

At the beginning of this journey, Central Penn College and The Knightly News Media Club knew nothing about this hidden gem. Now, with the lost radio station finally being recovered, students, staff, faculty and the community at large can enjoy the story of a local treasure buried for so many years.

Central Penn College was once on the air!

If you are a student or faculty member passing through campus this semester, take a moment. Go to The Underground and think for an instant what transpired in those few rooms, now filled with new material and serving a new purpose.

This respect for the past is where school spirit comes from. Never forget that. To learn more about Central Penn’s radio stations, visit The Knightly News Media Club’s website to listen to Episode #161 of The Knightly News Podcast, where club co-adviser and podcast producer Professor Paul Miller and I interview Fahnestock and Reigle to hear their stories. 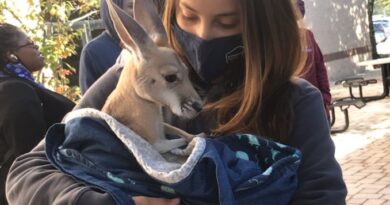 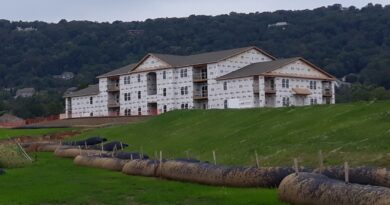 Mixed-use development shaping up in Summerdale 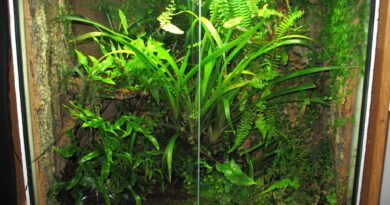