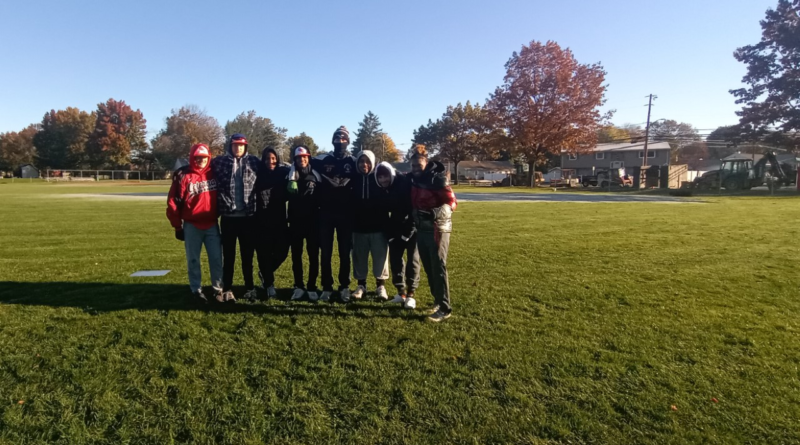 Knights practice, may play, on the field

At 8 a.m. on a Saturday morning earlier this month, with the temperature steady at 35 degrees, the Central Penn College baseball team, with head coach Robert Stern, showed up to help some workers remove fencing from around the Koons Park main baseball field, in Linglestown, Lower Paxton Township.

When they entered the field, they saw the grass was frozen, so the work was going to be a little more complicated than they had thought.

They explained to the first workers who had come to replace the fences how to remove the metal chain-link mesh and how the machines that remove the bolts that reinforced the fences work. The chain-link sections were attached to the wood posts.

In addition, the workers gave some of the players metal-cutting scissors to snip the mesh into small portions to roll them up to put them in place.

Also, workers were grateful the folks from Central Penn were there.

“In this moment, they needed our help with the fence, because in the future we can use this park for practices and games,” Stern said.

Afterward, all of them divided into pairs on different points on the field. Many of them had problems removing the fencing; in some cases, it was because parts of the fence metal were deeply buried in the ground, which caused the workers to lose a lot of time.

Some of the bolts were very tight from the long time they had been in the ground and proved too tough even for the machines to remove easily.

And parts of the chain-link mesh were slippery.

“I started playing baseball when I was younger and it is good to do this for the community, show to the others what we are able to do,” Central Penn baseball player Steven Armstrong said.

As the morning warmed a bit, more workers arrived. Thanks to this support, it took less time to replace the metal fences than the original contingent believed it would just a couple of hours earlier.

After the team members and others removed the bolts from the fences and removed some parts of metal fences that were buried, they cut the chain-link mesh into portions, rolled it up and put it in the area identified for that.

Click the link at the end of this sentence for more information about the Central Penn College baseball team. 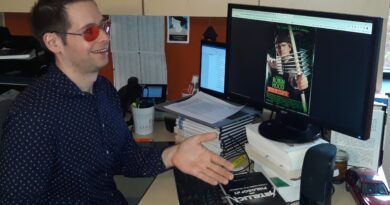