The club also held its own event during a screening

to attract members and to entertain the student body

Members of the Central Penn College Gaming Club spoke with students interested in gaming by sponsoring the CPC Film Series film “Knives Out” on Oct. 21 at the Capital Blue Cross Theatre.

According to Assistant Professor of Media Studies Paul Miller, the film series has been around since January 2018 and started to collaborate with on-campus clubs in 2020, in the hope of giving them the opportunity to meet and speak with students about the clubs.

The “Knives Out” screening had a variety of snacks and refreshments, such as water, soda, popcorn and candy. A retro gaming console for students to play on was available.

Gaming Club Co-Adviser Amanda Reichenberger attended the event and spoke about the Gaming Club’s then-upcoming Spook Tacular Night, which was held on Oct. 27 in the Gaming Lounge (ATEC 304).

“Spooky/Halloween theme-based,” Reichenberger said, adding that the games “Phasmophobia” and an RPG, which is a choose-your-own-adventure type of game, were available for students to play – along with other scary themed games.

Before the film began, Flora Armetta, Central Penn Assistant Professor of English, gave a presentation about the history of the mystery genre in writing, television and film.

The presentation included famous writers such as Edgar Allan Poe and Agatha Christie, along with examples of their work. Armetta then described how “Knives Out” took inspiration from historical mystery works and incorporated them into the film, while pointing out some differences.

A couple of days after the showing, Armetta sid she believed the event went “Great.” She also said she “was thrilled to hear people laughing” during points in the film where laughing was expected. 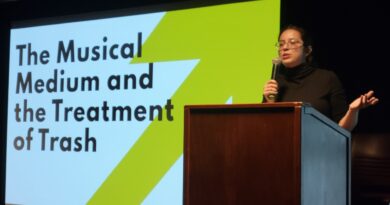 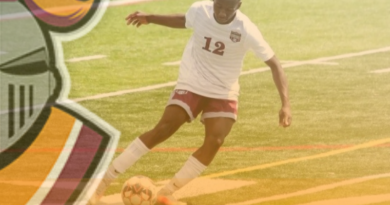