Many students rely on them. Relationships formed can last a lifetime.

Resident assistants (RAs), such as myself, are just one of the many resources that on-campus students have access to as they navigate their college experience.

Some students choose to ignore the existence of such a person, one who is looking to help and guide; others decide to ally with this person and gain the assistance of a willing college expert.

Those who do may gain the knowledge of a successful student or a friend for life.

Members of Central Penn’s esteemed group of RAs must go through a rigorous application process, during which many would-be RAs have been denied. Only those with the purest intentions, best communication skills and the most positive attitudes make it to the week-long training that is filled with discussions of conflict-resolution strategies, college policies and medical responses, such as CPR.

Recently at the college, a new set of prospective RAs tried their luck at being Central Penn’s next set of peacemakers and mentors. A title that comes with great respect was bestowed upon four students, now prepped and ready to serve their residents.

“Being an RA means encouraging students.“

Brian Strawhacker is a homeland security major and has been a positive force in the RA program. He has been quickly working to create strong relationships with his residents, who arrived at the college this term.

From playing games on the courts to showing people how to register for classes and having chats in the common area, Strawhacker has found the time aside from his schoolwork to enjoy the bond that forms between an RA and residents. But, he admits, he has very little time for himself, which he usually uses to add a few extra hours to his sleep at night. Regardless, he remains optimistic.

“In the long run, when I do have an internship or a job, it can show my potential employers that I have a good work ethic,” he said.

“Being an RA means helping students thrive as best as I can.“

Hailey Heverly, a bubbly but all-business RA, lives in a house of equally excitable schoolmates. Some of them are returners, those who know the ins and outs of Central Penn, and some are newcomers who may need more personal care and guidance.

Being an RA is a very valuable experience for Heverly. She’s not afraid to ask questions, and anyone is willing to give her an answer. She can list many reasons the program will help her in her current living situation and while working as an accountant.

“It’s growing my patience skills,” Heverly said. “I get to see where everyone is coming from and how, when there are so many different personalities in a house, it can be difficult to intertwine and get along, but one thing I would say to an incoming RA is that we have a whole family here to help each other out.”

“Being an RA means being a leader.“

Yaire Diaz, a sophomore criminal justice major, has not been assigned her first house yet, but she feels prepared to take the first step in making lasting connections with the new students who will fall under her wing next term.

She is confident the time she has had before having residents to advise has been beneficial to her growth. Her time with the other RAs has allowed for a closer bond among the team that she feels has encouraged better communication and efficiency.

Diaz feels that one of her greatest challenges will be her reaction time, due to her need to center herself before making decisions.

“Don’t shy away from fear,” Diaz said. “Fear lets you know you know something is wrong.”

She hopes to overcome this fear, but her grounded thinking may become a strong asset to a team of fresh RAs who, despite training, may initially be ready to jump impulsively on a tough decision.

“Being an RA means being a role model.“

Jennifer Molter, better known as Cowboy Jen, centers her RA duties during her office hours, rather than the expected Open Door Hours.

By filing paperwork, shadowing Senior RA Kayla Murren and conversing regularly with Director of Student Housing Lindsay Garber, the sophomore homeland security major is learning from a senior RA before she receives her first residents.

”I feel like I get a higher level of training and experience,” Molter said. “My communication has gotten much better with Lindsay and Kayla.”

Unlike other RAs, most of Molter’s work takes place in an office, but she longs for the day she will receive residents.

“I no longer want to live in an empty house,” Molter said.

Her eager anticipation will follow her for only a few months longer, as she will receive her first housemates in the fall.

Some advice for the newcomers

While a new pack of RAs saddles up and prepares themselves for a year of housemate conflicts, leaky faucets and a whole lot of paperwork, their excitement for their newfound responsibilities is consistent across the board.

As joy spreads, many residents look to the RA position as their potential new step into the latter half of their college career. Newly promoted Senior RA Nia Millwood has some advice to give them.

“Develop good habits. Get your homework done early, get active in the campus community, and set time for yourself,” Millwood said.

Murren, who holds a laundry list of highly demanding positions outside of the RA program, agrees with the sentiment and adds that, “This position is a tough juggle.”

While three of the five new RAs have been working hands-on with a set of residents, two others have been given the “unique experience to observe for a little longer and learn from the other RAs,” Murren said.

She hopes to continue to see growth and development but has much faith in the team as they are.

To learn more about becoming an RA or about how the RA program works, contact Lindsay Garber or Kayla Murren, at lindsaygarber@centralpenn.edu or kayla.murren@mymail.centralpenn.edu. 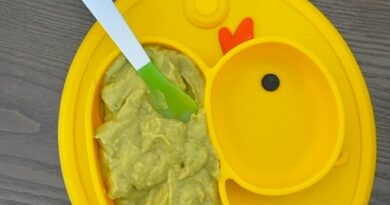 The rise of homemade baby food

Leslie Heimbaugh has something to say about movies