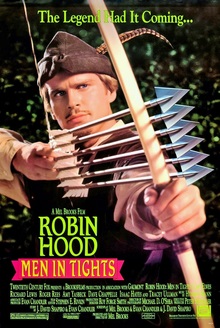 When it comes to political incorrectness in movies, where do we draw the line?

Are director Mel Brooks’ movies too politically incorrect to show in 2021?

You can answer this question for yourself by attending the next installment of the CPC Film Series when Associate Professor Tom Davis screens Brooks’ 1993 classic comedy film “Robin Hood: Men in Tights” on Nov. 5 at Central Penn College’s Capital BlueCross Theatre.

Davis will introduce the film with a presentation at 6:30 p.m., with the movie following.

Central Penn’s Colleges Against Cancer Club is sponsoring this event, and will be offering popcorn, beverages and other treats for a donation as a fundraiser for the club when the doors open at 6 p.m.

“Robin Hood: Men in Tights” mocks the 1991 film “Robin Hood: Prince of Thieves,” which starred Kevin Costner, Morgan Freeman and Mary Elizabeth Mastrantonio. Film critic Roger Ebert gave it two stars out of a possible four, stating that it was “a murky, unfocused, violent and depressing version of the classic story, with little of the lightheartedness and romance we expect from Robin Hood.”

Ebert also lamented, “Costner plays a tortured, thoughtful Robin Hood, totally lacking in the joy of living that we associate with the character.”

If you are a fan of excellent writing—and, frankly, who isn’t—I highly recommend reading Ebert’s masterfully written review of “Prince of Thieves.”

Brooks didn’t make the same mistake with his version of Robin Hood. “Men in Tights” is chock-full of zany, irreverent pop-culture references from the early ’90s, as well as several thinly veiled jabs aimed directly at each of its celluloid predecessors.

Davis—a comedy buff and devoted fan of Mel Brooks—considered a few of Brooks’ other films before deciding on “Men in Tights.” He first chose “High Anxiety,” a parody of several Hitchcock films. However, after not seeing it for several years, Davis rewatched it and found that he took issue with the film’s lack of representation.

Brooks’ Western spoof, “Blazing Saddles,” was also out of the question. Even though it was a satire of race relations, Davis says that several of the film’s tropes no longer resonate.

After some deliberation, he chose “Men in Tights.”

“I figured that Robin Hood is a story that people have at least a passing familiarity with even if they didn’t see ‘Prince of Thieves,’” Davis said. “And although I don’t know that it was a wake-up call for Brooks, but he decided to foreground an African American character in the film.”

As it turned out, Brooks cast 19-year-old Dave Chappelle in his first acting gig. In what seems to be the ultimate ironic twist, Chappelle is currently under fire for his inflammatory commentary on LGBTQ+ folks from his most recent stand-up special on Netflix.

This brings me back to my original question about political correctness.

In a 2017 interview with the BBC, Brooks opined, “We have become stupidly politically correct, which is the death of comedy. It’s okay not to hurt feelings of various tribes and groups. However, it’s not good for comedy. Comedy has to walk a thin line, take risks. Comedy is the lecherous little elf whispering into the king’s ear, always telling the truth about human behavior.”

To be fair, “Men in Tights” is only slightly politically incorrect. But where is the line between fun and unacceptable? I guess it depends on who you are and what points are being made. Is the artist being offensive just for the sake of being offensive, or is he or she making a relevant point?

I encourage you to come and see this film, and to decide for yourself where you stand. 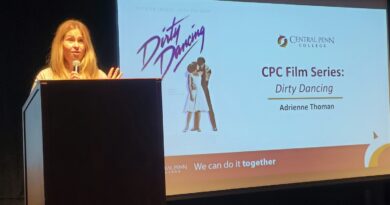 A cinematic journey of transformation 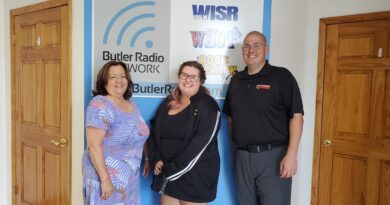