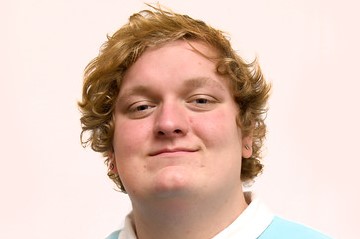 For at least the second consecutive year, all SGA officers ran unopposed for their positions: president, vice president, treasurer, secretary and delegate at large.

Adrienne Thoman, dean of student engagement, announced the 2022 SGA officers over the weekend. Their terms run from January to January.

Aaron Christiana has been elected the 6th president of SGA.

Christiana, an information technology major, has been attending Central Penn College since July 2020 and was SGA treasurer during the last year. He is also student member at large for Central Penn’s Activities Advisory Board.

“My plan as SGA president in the upcoming year is to continue to assist students in becoming engaged in and outside of the classroom,” Christiana said. “I want Central Penn to be a community of its own.”

Christiana, also an anchor on The Knight Way short-video show of campus events, said, “My main objective is to make sure that all students feel safe and comfortable, in an all-inclusive environment. I want to make sure that every student feels included and involved. No student will be left behind.”

DeLancey, a legal studies major, has been at Central Penn since October 2019.

“My goal in the Student Government Association is to be more transparent with the funding during the next year in SGA, and strive for more transparency at Central Penn College,” Strawhacker said.

“I chose to run for SGA to help students have an impact on the decisions that are being made, to help improve the campus, and feel like they are being listened to and their input and concerns are valued,” Sooy, also Gamma Beta Phi secretary, said.

Kevin Rigby is the newly elected delegate at large.

Rigby, an information technology major, has been attending Central Penn College and has been a member of SGA since 2019. He is also involved with the Colleges Against Cancer Club, and the Activities Advisory Board.

“What I hope to accomplish in SGA is being involved with other people and events while I am a delegate at large,” Rigby stated.

The importance of SGA

According to the Student Government Association, “We are the voices for all students living on campus, all the students studying online and all the continuing education students. We are here to make your time at Central Penn College the best experience possible, by listening to the students who voice their opinions.”

Some SGA responsibilities include providing all students with information, such as academics updates, events on campus and student services.

SGA members provide a voice for all students to the staff, faculty and administration of Central Penn by acting as a liaison between all.

According to Central Penn, SGA officers are “an advocate on behalf of the student body with regard to academic and administrative matters impacting the lives and interests of students.”

Responsibilities include the SGA president attending regular meetings with President Linda Fedrizzi-Williams to discuss concerns and needs expressed by the student body to help build student engagement and morale for all students attending Central Penn.

Each role within the SGA president’s cabinet is important to ensure students’ needs and concerns are expressed.

The vice president helps the president carry out responsibilities of the club regarding meeting with students to hear concerns, ensuring other club members are fulfilling their roles and completing any responsibilities assigned to them to help the overall improvement of SGA.

The treasurer is responsible for tracking the income and expenses of the club to ensure a successful year.

The club’s secretary is responsible for keeping meeting minutes to help the continued development and success of the club.

SGA’s delegate at large acts as a voice for students to help connect the student body to SGA.

The Knightly News Media Club congratulates the officers for the 2021-2022 term.

Any student who would like to get involved with the Student Government Association club, or would like to express ideas or concerns regarding his or her experience at CPC can contact SGA@centralpenn.edu.

Harmon is vice president of The Knightly News. 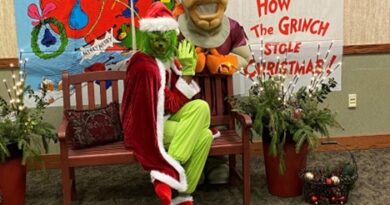 ’Tis the season to be Grinchy 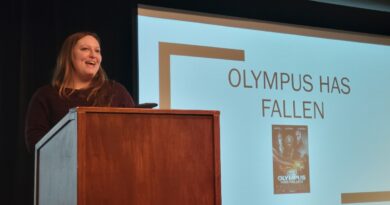